For me, Gloucester Cathedral has to be one of the most overwhelmingly lovely places in England, but I have to say it was difficult to decide how to begin talking about it here, because quite frankly there’s too much delicious history stuff there to choose from. I was definitely in danger of going into fact and date overload. So instead, I decided to pick just five things I wouldn’t want to miss –  of course your choice might very well be entirely different, and if you’re a Gloucester Cathedral fan I hope you’ll take a moment to share what you’d have included too.

If after all this you’re left wanting to know more, I’ve added a selection of links at the end of this post to help you explore further.

So kicking off, in no particular order…

Buried beneath a rather splendid canopied shrine, with a lion at his feet and angels at his head, is the unfortunate King Edward II (died 1327), who history says was gruesomely murdered at Berkeley Castle with the wincingly unpleasant application of a red hot poker to his nether regions. (If you visit Berkeley Castle you can still see the room where his murder was said to have been committed and where it’s said you can hear his cries each year on the 21st of September, the anniversary of his death).

Over the course of his reign, Edward had managed to seriously annoy powerful factions at court through his friendships with first Piers Gaveston and later Hugh Despenser. Eventually this provoked Edward’s wife Queen Isabella and baron’s leader Roger Mortimer to revolt and in April 1327 Edward was forced to abdicate in favour of his teenage son who then became King Edward III, with Isabella and Mortimer effectively ruling in his name.

How exactly he really did meet his end isn’t known and a number of theories exist, including one which several historians believe, that he wasn’t murdered there at all, but instead was able, or enabled, to escape to the continent where he later met his son Edward III in Antwerp in 1338.

As it happened, things didn’t turn out too well for Isabella or Roger Mortimer either. Having rid themselves of Edward they went on to make many of the same mistakes and were themselves brutally removed from power just three years later when Edward III seized control from his mother and Mortimer. Isabella was allowed to retire to her castles (Castle Rising in Norfolk where she lived is a wonderful place to visit), but Mortimer was quickly executed, having been blamed for murdering Edward II.

Whatever the truth about Edward II’s death, Edward III went to some trouble to have his father remembered with this elaborate tomb, and the monks at Gloucester (which in those days was an abbey) did very well indeed from the numerous pilgrims who came to pray here. So well in fact that later in the 14th century it was possible for them to carry out the building of what must be some of the most beautiful English Perpendicular architecture in the country.

So in a way, whatever Edward’s fate, you could argue that he has left us a magnificent and poignant legacy in stone, albeit not of his design. I’m not sure that the face of the effigy is a likeness of the king, but to me it seems extremely melancholy and indeed I suppose he had much to regret.

But then I wonder if in some ways he didn’t have the last laugh, because whilst he has this magnificent shrine and still draws visitors nearly 700 years later, there is no trace remaining of the burial places of either his queen Isabella or Roger Mortimer. (Isabella had been buried in Christ Church Greyfriars, London, but that was destroyed in the Great Fire of London, and the Wren church which replaced it was destroyed in the Blitz during WW2. Roger poor chap was probably buried in Wigmore Abbey amongst his Mortimer family, only ruins now remain there).

2. The effigy of Robert Curthose – Duke of Normandy.

As if one awkward royal wasn’t enough, Gloucester Cathedral can boast another. Across the aisle from Edward II, you’ll find the effigy of another wayward chap, Robert Curthose, the eldest son of William the Conqueror. Why you might wonder wasn’t he a king of England if he was the eldest son, but according to history, Robert and his father had some major fallings-out (this seems to be a recurring theme with medieval monarchs), and so William divided his lands in England and Normandy between Robert and his younger brother William, Robert getting Normandy and William inheriting England (and becoming William Rufus).

Things didn’t exactly run smoothly between them (Robert sounds like a bit of a lad one way or another) and when William died without an heir, it was their youngest brother Henry who seized the throne, despite Robert’s attempts to take it for himself. Not long after, Robert was imprisoned by Henry and spent the rest of his long life a prisoner in Cardiff Castle. He died in 1134 aged 83 and is buried in the cathedral.

But the reason for telling you this is just to set the scene, because what I love is Robert’s effigy itself and the curious position he’s lying in.

It’s made from bogwood and dates to about 100 years after his death. And here’s the mystery – what exactly is he doing with his leg and his arm? He looks as if he’s doing some kind or yoga pose. It’s probable that originally he was holding something, but nobody seems to know what that was. As a result he remains stuck in this peculiar stance for all time.

Now the cloisters at Gloucester are without doubt simply magnificent, the sheer beauty of the vaulting, the windows and the disappearing vanishing points are breathtaking. Thinking about it, this is the one thing I really wouldn’t miss, and where I’d go if I could only see one thing there. But there’s another reason why they’re so popular and why I bet they get many visitors and it’s because they were used as a set for parts of Hogwarts in the Harry Potter films.

I found a charming home video on YouTube of a visit to the film locations with a Cathedral guide pointing out the precise spots – it’s cute if you’re into that sort of thing have a look.

Harry and Ron were not the only stars to film in the cathedral. A ‘Dr Who Christmas special’ episode (while David Tennant was playing the Doctor) was filmed here, as was an episode of ‘Sherlock’ (filmed in the crypt) and scenes from The Hollow Crown and Wolf Hall were both filmed here (and incidentally they’re two of my absolute favourite programmes – what did you think?)

A visit to Gloucester isn’t all kings and wizards though. One thing you can’t miss is the simply mind-blowing stained glass, including the extraordinary East Window which is bigger than a tennis court and certainly makes your neck ache if you stand looking up at it.

All the windows are stunning, but I’ll be honest and say that for me the most beautiful of all aren’t the massive ones, but instead I’m a fan girl for Tom Denny’s stained glass windows in the Lady Chapel commemorating the Gloucestershire poet and composers Ivor Gurney and Gerald Finzi.

Sadly there’s no access to them at the moment as restoration work is being carried out in the Lady Chapel (2017), but they are jewels in the cathedral’s crown and I can’t wait to go back and see them again. If you aren’t familiar with Tom Denny’s work, he has other work in the area, including at Hereford Cathedral and Malvern Priory (and I’m still hoping to make a pilgrimage around them myself before too long).

If it’s open, pay £2 and walk up to the Whispering Gallery (you’ll see signs). It’s one of those lovely acoustic quirks that means someone standing at one side will be able to ‘whisper’ to someone on the other side and be heard over there. Don’t be shy, try it! Oh and the added bonus is getting probably the best view of the East Window.

So there you have this history-junkie’s ‘five not to be missed’. Of course it’s impossible to condense such a splendid place into a handful of highlights, your’s will almost certainly be different (please do share your own highlights too).

Oh and one more thing – if you wander around to the side of the cathedral, there’s a superb cafe with excellent food, free WiFi and (ahem) the necessary facilities. I love it when there’s somewhere comfortable to get a good coffee while I read a guidebook and make my notes.

What have I missed that you’d have liked to know about? Do tell, I’d love to hear. 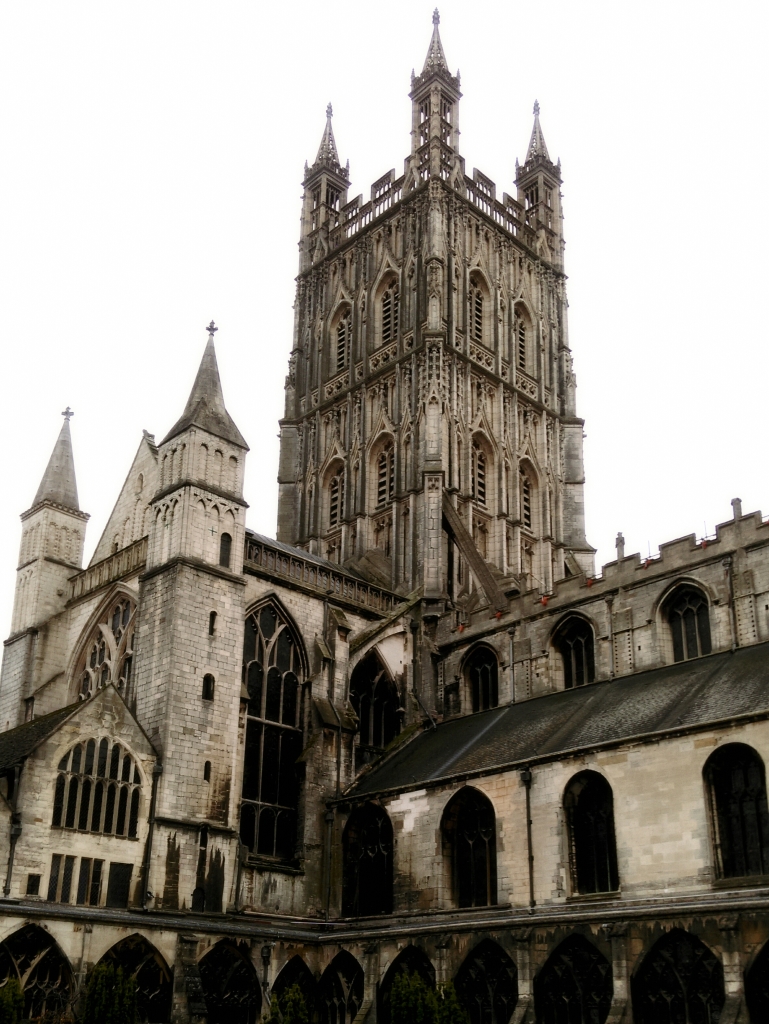