I may have mentioned before that I particularly love being able to link historic people to historic places and Pembroke Castle boasts intimate connections with two giants of English history, William Marshall and Margaret Beaufort. Both of these characters had long and colourful lives, tightly interwoven with the events of their day, and a visit to Pembroke is a good place to remember the role each played…

William Marshall had an extraordinary life. He was born in 1146 (or possibly 1147, it’s a grey area) to fairly lowly Anglo-Norman knightly stock, but through his immense courage and loyalty he rose in importance to play vital roles during the reigns of Henry II, Richard I, John and John’s son Henry III for whom he was appointed protector in 1216.

If you haven’t heard of him, there’s a fabulous biography ‘ The Greatest Knight’ – by Thomas Asbridge *, which is every bit as exciting as any fiction. I won’t bore you with oodles of details here, but suffice to say he got around a bit and fought a lot of fights through his 70+ years – (he led the charge at the battle of Lincoln aged 70).

In 1189 at the age of 43 he married 17-year-old Isabel de Clare (he was given her by Richard I as a reward for his support) and it was through her that he became owner of Pembroke Castle (and indeed a number of other castles – we’ll no doubt meet William quite often as we wander around the castles of Wales and the Marches). They went on to have 5 sons and 5 daughters, which was no mean feat and certainly provides fiction writers with plenty of possibilities.

How much time he spent at Pembroke I’m not sure, in those days practically all the aristocracy lived largely peripatetic lives, but he is credited with having had the castle built in stone and for building the Great Keep –  it’s a massive cylindrical tower with a stone domed roof, nearly 80′ high (you can walk up and on to it to see the views, although I have to say it brought me as close to vertigo as I’ve ever been). It’s impressive today and must have been even more so in the twelfth century.

We have William Marshall to thank for several things, including witnessing and then re-issuing Magna Carta. His descendants include both the Bruce and Stewart kings of Scotland, Edward IV of England and through him, Henry VIII and all English monarchs afterwards.

He died in 1219 and is buried in the Temple Church, London where you can still see his tomb. Isabel died a year later.

There are loads of stories featuring William, including novels by Jean Plaidy, Sharon Kay Penman and Elizabeth Chadwick. Have you read any of them? Which ones would you recommend?

I’ve read that he may have been the inspiration for William Thatcher in the film A Knight’s Tale – I love that film although it’s set years later, I sort of hope it’s true.

Now Margaret Beaufort may not have built anything at Pembroke, but in a way you could claim that it was where the Tudor dynasty began, because it was in a tower at the castle on the 28th of January 1457 that Margaret gave birth to her son Henry, who would go on largely through the political manoeuvring of Margaret to become King Henry VII in 1485.

Margaret’s story is just as amazing as William’s. She was married at the age of 12 to Henry VI’s half-brother the 24-year-old Edmund Tudor. The Wars of the Roses were intimately entwined in her life and Edmund died in captivity at Carmarthen shortly after their marriage, but not before she became pregnant. She gave birth in Pembroke Castle aged just 13. Henry was her only child even though she married twice more, so I think we can imagine it would have been a pretty horrendous experience. 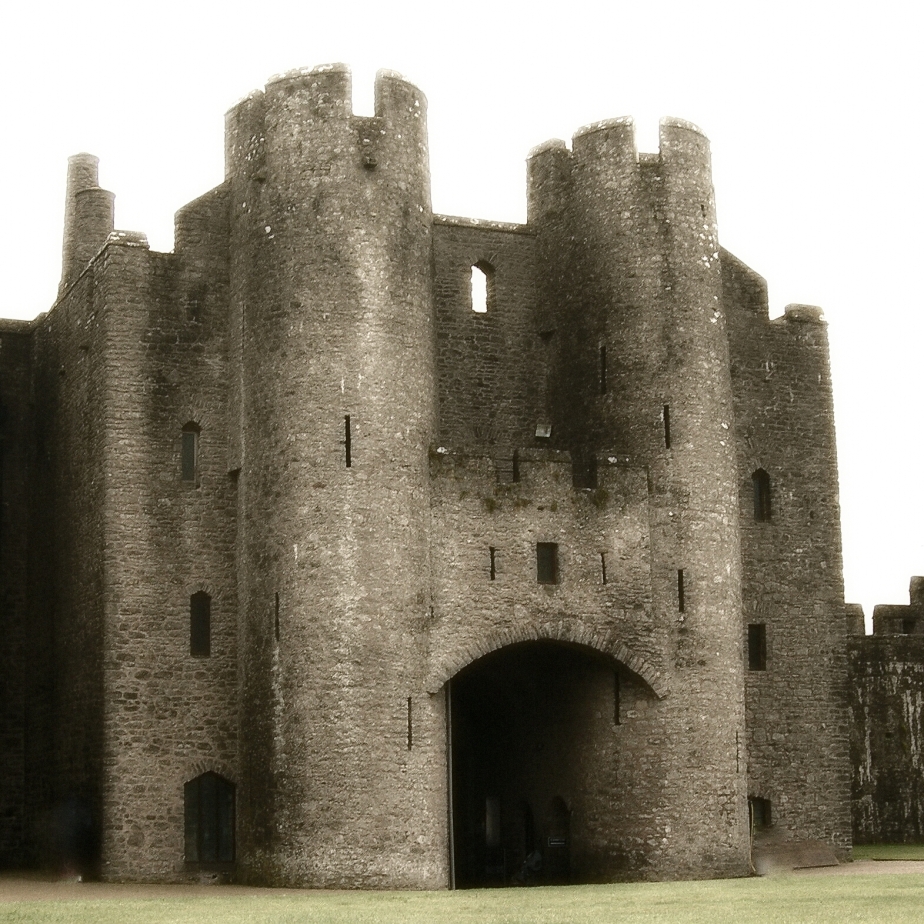 Like William, the life of Margaret has been the subject of numerous novels, including the enormously popular books by Philippa Gregory – Margaret is the Red Queen (I’m going to be honest and admit to not having read any of them). I know Margaret was a remarkable woman and you have to admire the way she struggled through the twists and turns of fate to bring Henry to the throne, but I’ve never been able to like her – is there a novel I should read that will change my mind?

Anyway, she outlived Henry VII and watched her grandson Henry VIII being crowned in 1509 shortly before her death. Quite some woman whatever you may think.

I’m surprised Pembroke Castle hasn’t made more film appearances, but for those of us who like to know, it featured in Jabberwocky (1976), Prince Caspian (1989), Richard II (part of the BBC The Hollow Crown series – with the simply marvellous Ben Wishaw as Richard – watch it if you haven’t already, 2011) and in Me Before You (2016). It also had a minor role at the beginning of The Lion In Winter (1968), where Nigel Stock plays none other than William Marshall…

Click here to go to the official Pembroke Castle website where you can check opening hours, tickets prices, history timeline and the like – they have all sorts of events there too, including after hours ghost walks – sounds like fun.

* Here’s a link to Thomas Asbridge’s website – if you aren’t familiar with William Marshall, try Asbridge’s book or search out the documentary he made about him – it’s ‘boy’s own’ stuff really it is.

Does anyone know of a good biography of Margaret Beaufort, surely there must be one? If you want a good article about her, I thought this piece from History Today by Michael Jones was useful.

Just to say, there’s lots to see at Pembroke Castle that I haven’t attempted to mention here, but it’s a brilliant place to visit if you’re in the area. It’s privately owned and I love the approach they take to heritage and history, it’s a castle where you feel welcome and connected.