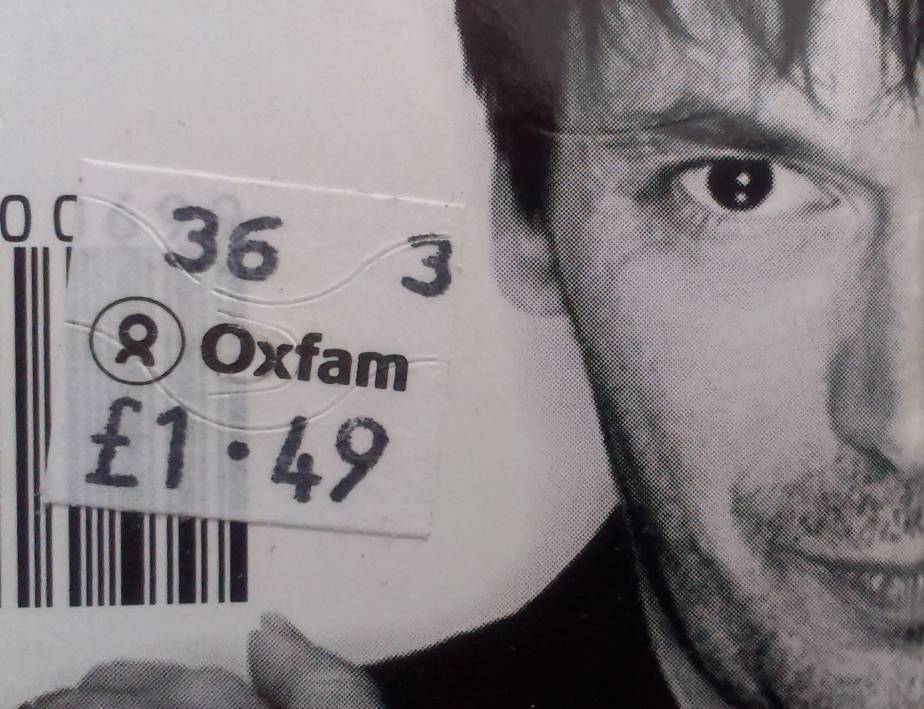 Coming in under the wire – my bedtime read for February was Ian Rankin’s latest John Rebus novel, Saints of the Shadow Bible.

I read somewhere, that middle-aged women are the biggest readership for crime fiction (probably rubbish, don’t ask me to provide my sources), but I have to admit, that this eternally 39-year-old very much enjoys going to bed with a good detective story.

Over the years, I’ve read my way through quite a lot of them, Inspector Morse, Miss Marple, Brother Cadfael, Ma Ramotswe et al.

At some point when the girls were small, I started reading the Rebus books. Now, before I go any further I should point out that one of my little foibles about detective fiction, is that I much prefer to buy them second-hand, preferably in charity shops. Anything that sells in huge numbers is likely to find its way into this sector pretty soon after publication, so it’s reasonably easy to pick up titles from any particular series if you keep your eyes peeled.

The slight downside, is that you don’t necessarily get to read them in publication order – well I suppose you could, but I’m not that organised. This was the case with Rebus. I think I came on the scene after about 10 years, so there was plenty to go at. I did find the chronology factor a bit annoying, but it never really got in the way of enjoying the stories.

If your only exposure to Rebus has been via the TV or radio, I urge you to put that out of your mind and go back to the source. I’ve seen and heard the various incarnations and in every instance, been desperately disappointed. (Although I loved Ken Stott playing him, the hacking out of the plot lines and omission of whole threads of characterisation just doesn’t do justice to the books).

Rebus, as with so many of the great detectives, is a flawed character, but Rankin gives so much flesh to his bones that you can’t help but believe in him. Actually I have a theory that we fans are in reality wanting to be a bit like him ourselves – but that’s just me being fanciful. So immerse Rebus into a well-tangled plot and for me, it’s the perfect bedtime reading.

(I won’t divulge the plot – if you already know the Rebus novels you wouldn’t want me to, and if you don’t, well, don’t start with this one).

March: I’m dithering about whether to go historic, romantic or detective – watch this space!