Sitting around stitching tapestries all day, would make an excellent occupation for a hermit. And whilst I’m not the most gregarious person you’ll ever meet, and if I’m honest, I can happily spend long stretches content in my own company, there are times when I really just want to get out and do something a bit more exciting for a while.

Last weekend I did something I’ve never done before – something I’m very much afraid I’m going to have to do more often, something that I feel sure is going to become a guilty pleasure… I went to an auction!

Now let me be clear, we’re not talking Sotheby’s. This was a general auction at our local auctioneers. But even so, I’m hooked. There have been so many antique/junk/auction TV programmes in recent years, I suppose I may be about the only person in the country who hasn’t previously been to one, but there you go, a late adopter as usual.

So off I went to the preview day – like a car boot sale, but so much better – you get to rifle through box after box of unimaginable goodies. Amongst the things I particularly loved, were a couple of crates of old LPs, which contained all the records I once owned as a teenager, plus all the ones I could never have hoped to afford at the time. There I was, transported straight back into the 1970s – ahhh!

And another lot was a huge collection of Royal Worcester Evesham design dinner ware – OMG! Possibly hundreds of pounds worth of china, with a guide price less than £50 – my poor heart wept.

Saddest of all was the vast amount of superb Georgian brown furniture practically being given away. Fewer than twenty years ago, when the Other Half and I were setting up home, we struggled to afford a couple of odd pieces of rough Victorian pine. Now we could fill the house several times over in the most glorious, craftsmen-made furniture, for half the price we paid back then – I am soooo tempted to do it.

Anyway, the great thing about auctions, is that you have the chance to go home and think about it, rather than rush into any rash decisions. And for the time-being, I’m holding the purse-strings tight shut. But my friend who’d accompanied me to the preview was very tempted. On the day of the auction itself, she texted to say she was going to go and bid on something – and was hoping I’d go along with her to hold her hand (metaphorically speaking).

Which is where the whole exercise suddenly transformed into the biggest thrill I’ve had for ages. I can’t imagine many pursuits involving voluntarily standing around for hours in quite literally freezing sheds, that would appeal to me, but there I was – numb feet, numb hands, nose dripping and absolutely loving it.

I was amazed at the bargains to be had. It’s certainly coloured my approach to shopping for furniture and indeed for many other things too. And I guess you could call it a very sustainable activity, giving new life to otherwise unwanted items. Although I may have to be extremely cautious about taking the Other Half – I dread to think how much cr*p we might end up bringing home…

My friend won the lot she was bidding on – which added the cherry on top of an already brilliant day out.

Now I didn’t buy anything in the auction, which was fine, I was just there to watch and soak up the atmosphere, which could have made it an extremely cheap day out, however, the little in-house cafe at the auction sold the best bacon butties you can imagine – the aroma of the cooking bacon wafted through the doors in such a wicked way, and their coffee was delicious too, so, for me, it wasn’t an entirely free day out, but you could always take a flask and a sandwich if you were confident that your will-power was strong enough to withstand the bacon.

But next time, and I’m pretty sure there will be a ‘next time’ quite soon – who knows what I’ll bring home…

And, for no reason other than the joy of posting totally unrelated pictures – here’s the Delinquent Dog doing what he does best… 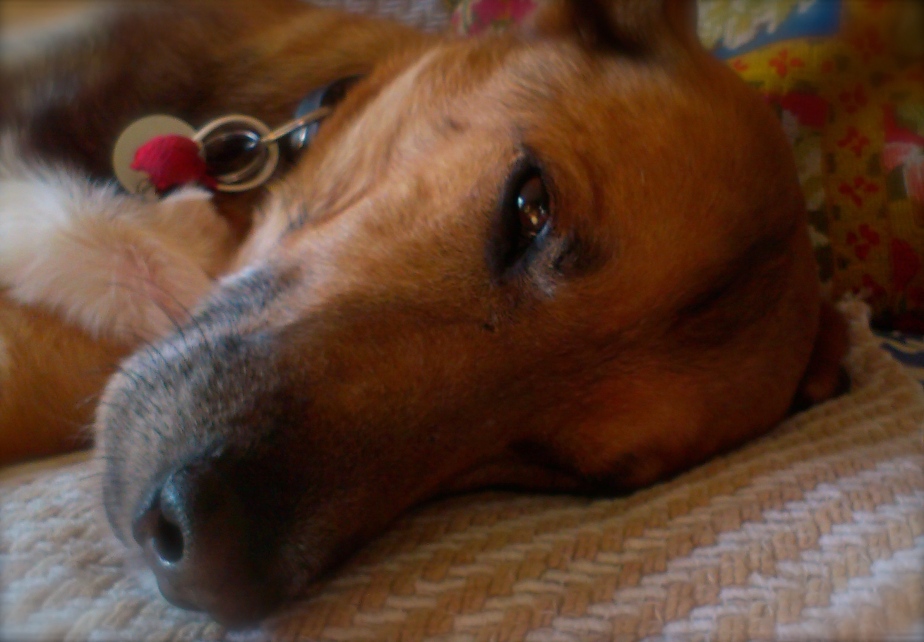