Do you ever watch the TV show Grand Designs? (I’m sure similar programmes exist across the world, where you follow people through the process of building their own houses) – I ask because for some reason, whenever I visit Stokesay Castle I can’t help thinking that if it had existed in the 1290s, Stokesay Castle would definitely have been featured. 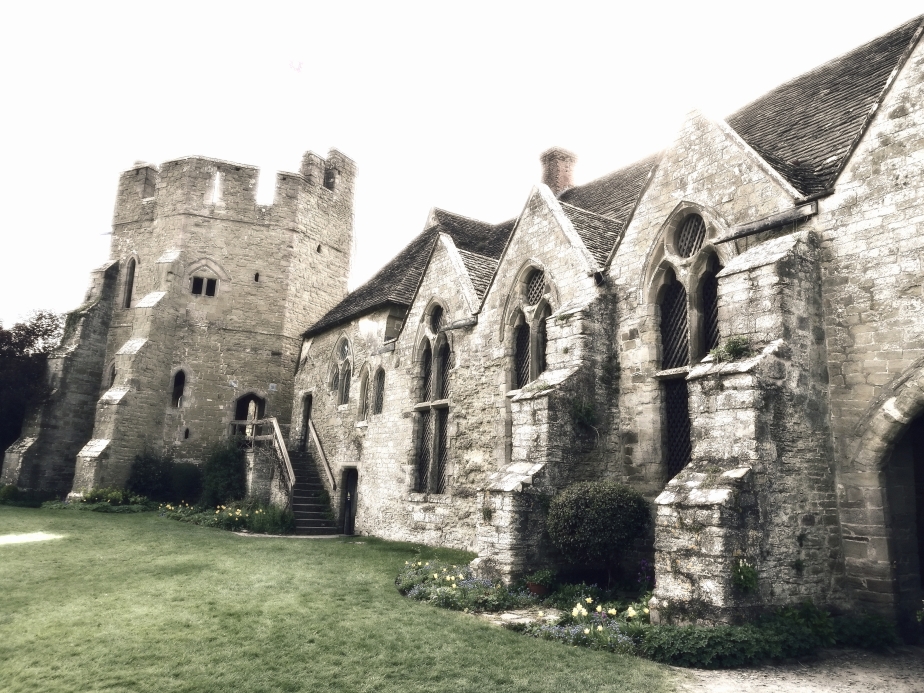 The castle was built for Laurence of Ludlow, one of England’s richest wool merchants of his age and I can just see Kevin McCloud (the presenter of Grand Designs) following Laurence about on the scaffolding, talking about all the mod cons being built in, the problems sourcing the right timber, the difficulties with the labourers, how expensive it all was, how they’d hoped to be in by Christmas…

It’s fantasy of course, but you can’t help thinking that Stokesay was always meant to be someones vanity project, a way of announcing to the world that you’d arrived. Although it does have some castle-like features, it was never really intended to be a stronghold, this was first and foremost a rich man’s comfortable home in the country, a statement about wealth, not a fortress, despite being set in an area where true castles abound. The writer Norman Pound described it as ‘pretentious and comfortable’ – difficult to argue with that. Although I do wonder what Laurence’s noble neighbours made of him.

And for the thirteenth century it was pretty well-appointed. A huge hall with tall windows in the main public space, a solar suite for him and his family and a series of guest rooms. There are toilets and fireplaces built-in which was no doubt pretty avant guard for homes back then. 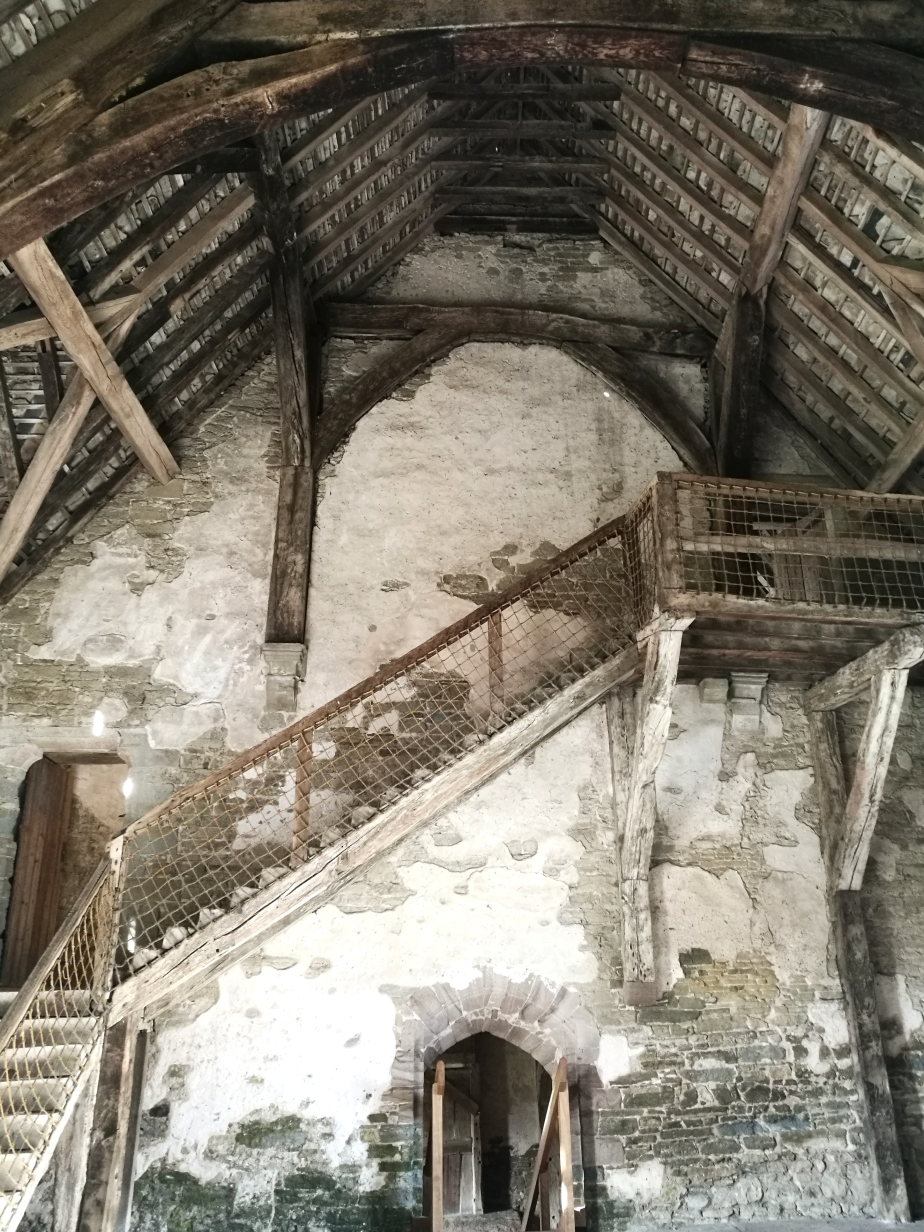 Going to Stokesay today it’s easy to let your mind slip you back into the thirteenth century because there’s so little change from the shell of the building that was first built for Laurence.

And it is undoubtedly a very lucky building indeed – to have sat right in the middle of some of the most heavily fought over land in the English / Welsh borders for 700 years and to remain very largely intact is nothing short of miraculous.

Its only real encounter with destiny was towards the end of the English Civil War when it was besieged in 1645. It surrendered to the Parliamentarians (quickly demonstrating it’s lack of proper defences). Unlike so many castles subsequently ordered to be slighted, Stokesay got off very lightly – where some castles were to all intents and purposes demolished, Stokesay doesn’t appear to have suffered more than the loss of a few feet off the height of its curtain wall.

After that fling with fate, Stokesay was gradually left to slide into decline and could easily have literally crumbled away, but it was lucky once again to have found a series of restorers in the nineteenth century who all decided to conserve rather than change the building, keeping intervention to a minimum, and as a result we now have this almost unique example of a fortified manor house to wander around and enjoy.

You know me well enough to realise that I love it particularly for the window seats. (They’re everywhere at Stokesay) – I always imagine myself sitting in one with my stitching, listening to some troubadour singing or playing a harp, gazing wistfully out across the Shropshire landscape – oh you get the picture… 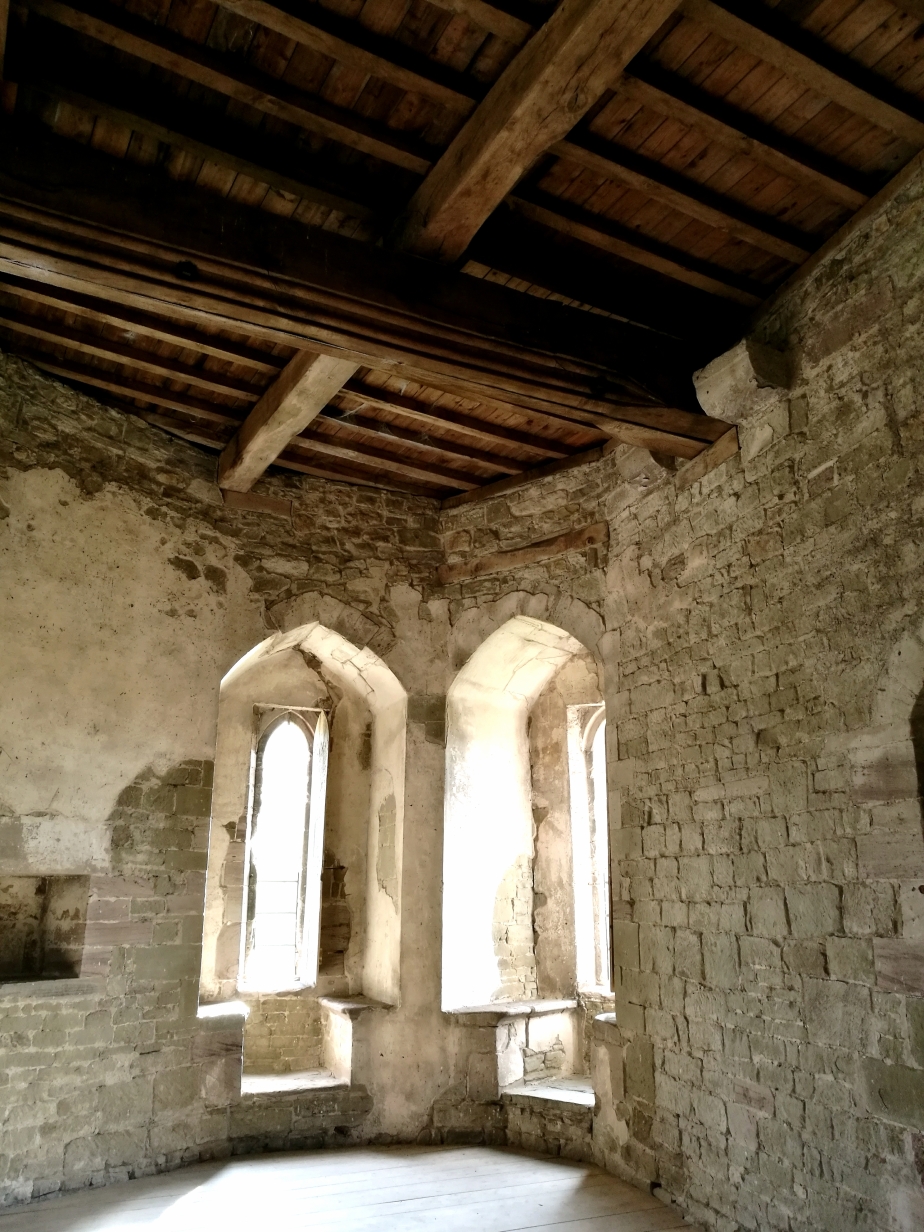 The windows are what really make it for me at Stokesay, but then windows are always magical frames of liminal space. Looking out or looking in, there’s always a story.

Although Grand Designs is supposed to be about the buildings, there’s no doubt that it often also charts the impact of the stress of building on the people involved – marital strains are not uncommon. What Laurence and his family experienced we’ll never really know, but sadly he was to drown at sea in 1294, so it’s unlikely he enjoyed much time in his own grand design. 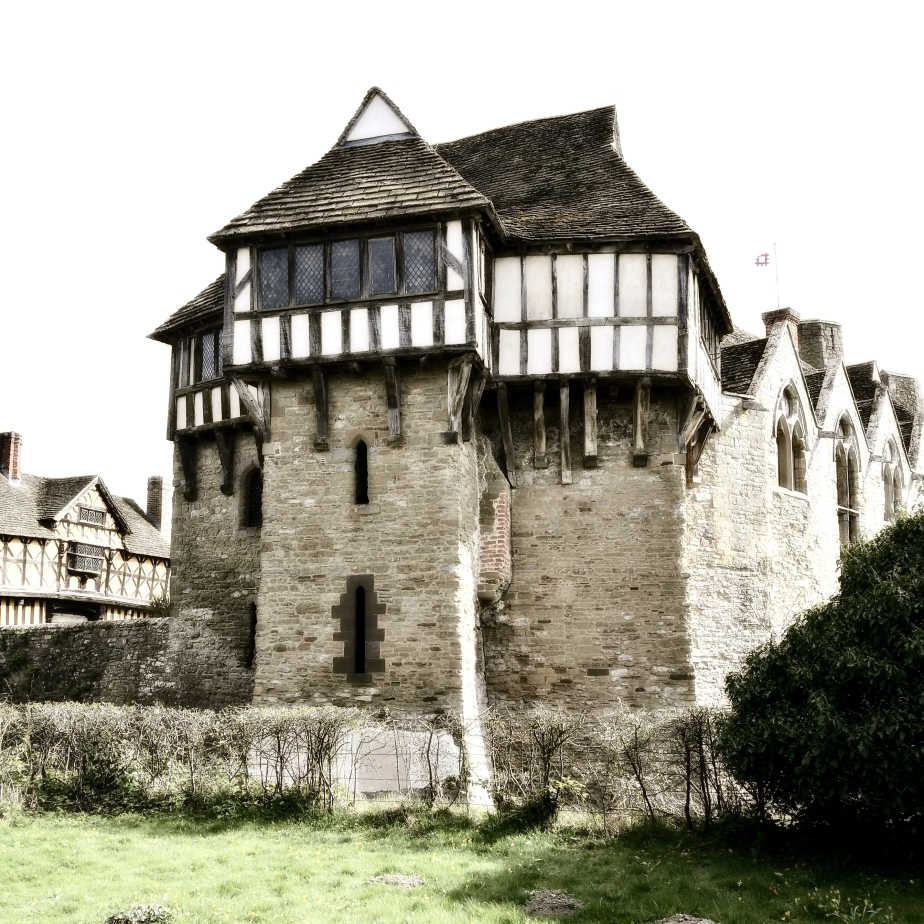 Still, over 700 years later, I’d like to thank him. He built his castle, and he left us with a remarkable window into the thirteenth century.

This is the link to visitor information at English Heritage.

10 thoughts on “An Englishman’s house…”